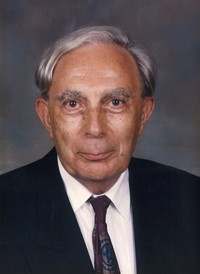 Toronto. I was sorry to hear that a good friend and member of the PHSC passed away a few days ago. Willi was a charter member of our society, having joined in its first year. I learned about his passing in an email from his wife, Hermine. Going online, the following obituary of Mr Nassau was found and is repeated here courtesy of  Nécrologie Canada who in turn used the wording posted by Erb  & Good.

“Passed away peacefully at home in his 100th year on February 6th, 2022 surrounded by his wife, Hermine of 55 years and family. Willi will be deeply missed by Hermine, brother-in-law Josef Seidl, nephews Paul Seidl (Monique), Christopher Seidl (Diana) and son William and daughter Sara, as well as relatives and friends in Austria.

“Willi was born in Vienna where he received his early education. He then studied Fine Arts and Graphic Technology and worked in Photography, Film and Television. In 1959, Willi came to Canada. He worked for CBC and CTV in Ottawa before Willi arrived in Kitchener-Waterloo. He was the founder of the audio-visual department at WLU, then Waterloo Lutheran University, where he also taught photography and film related courses. After his retirement in 1988, Willi volunteered for over 20 years at The Canadian Clay and Glass Gallery. As a result of various projects with museums, WLU awarded Willi the distinction of Dr. honoris causa in 1991.

“Willi had many passions, photography being one of them, which was also his profession, as well as history of Roman and pre-Roman Glass. Willi had a lifelong desire to learn and as a hobby enjoyed building a model railroad based on the steam train period of the Austrian Railroad system.

“We [his family] would like to thank Parish nurse Christine Ramseyer, for her unlimited support and care, as well as our friends and neighbours for their tremendous support.
To attend the visitation and service, personal face coverings are required, and relatives and friends must RSVP at www.erbgood.com or 519-745-8445. Visitation will be held at the Erb & Good Family Funeral Home, 171 King St. S., Waterloo on Tuesday, February 15th from 2 – 4p.m. The funeral service will take place in the funeral home chapel on Wednesday, February 16th at 10 a.m. with interment following at Parkview Cemetery, Waterloo.

“For those unable to attend, a livestream will be available at www.erbgood.com. In lieu of flowers, donations may be made to the Heart & Stroke Foundation or Mount Zion Lutheran Church, Waterloo and can be arranged though the funeral home.”

This entry was posted in people and tagged Memorium, obituary. Bookmark the permalink.