Toronto. Member Harold Staats felt we should honour Canada Day this year with a portrait of Sir John A MacDonald, our first Prime Minister in 1867. This portrait was taken by our most famous photographic studio, Willam Notman. Notman began in Montreal and set up branches in Eastern Canada and the United States.

Besides Harold’s image (thanks Harold),  we celebrated Canada’s 150th anniversary a couple of weeks ago with a special Toronto meeting of the PHSC.

In addition to the speakers, we had our photographs taken in both flat and 3D versions.

Sonja Pushchak baked a special cake and other treats for all attendees and speakers to enjoy.

Our five speakers gave a brief overview of various aspects of photography from the mid 1800s, when Canada was created, to the present day:

Yvette Bessels spoke about modern wet-plate photography (originally in vogue in the mid 1800s), Jeff  Ward spoke on Maritimes photographers 1839-1939, Laura Jones reminisced about her Baldwin Street gallery, the first photographic gallery, Vincenzo Pietropaolo spoke of his latest book “Ritual” and the challenges in publishing today, while Nick Chomps wrapped up the talks with a chilling look at roof topping and how it has helped him in modern photography. 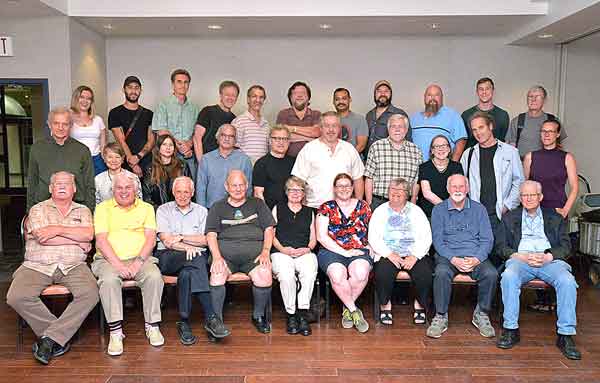 Bob Lansdale took this picture of some attendees 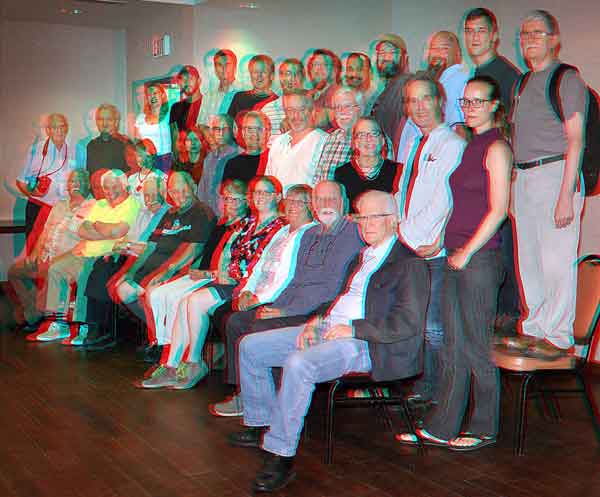