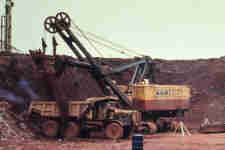 Toronto. As we casually view the colour images on front of our smartphones, we may forget the long torturous route taken from crude monochrome glass slides projected on a sheet or screen in a darkened room to 35mm or 2×2 inch colour slides projected in a dim room on a collapsible lenticular screen.

From the early 1840s, slides have existed. The earliest ones had emulsion affixed to glass and projected in church halls. The sensitized emulsion was far too insensitive to use in a camera but could be contact printed by sunlight. By the 1870s, fancy triple-lens projectors and filters could show a version of muted colour using a monochrome slide taken through a filter, developed and bleached to make a positive representing the light intensity of one of three colours visible  to the eye. Combining the three monochrome slides through the correct filters created a colour image. Only still life exposures were possible at first.

By the early 1900s, delicate Autochromes of live subjects became possible using this additive colour process with all three monochrome images combined as a single panchromatic emulsion coated over a filter of dyed potato starch particles. The image was exposed through the potato starch and later projected through the starch to show the soft colours. It was still very slow demanding the subject to remain unmoving during the exposure.

Specialized slide projectors and hand held viewers became commonplace with companies promoting their products through advertising such as the ad shown on page 136 of the September 13, 1954 issue of LIFE magazine. The Kodak Carousel with its circular tray standardized the 35mm tray format. Earlier projectors, like Argus, used various linear 40 slide trays. to project and store slides.

I took the above slide in 1958 at the Iron Ore Company open pit mine in Schefferville, Quebec. The slide was developed by me in Ansco chemistry. The slide became faded and darkened over time. I used Lightroom to adjust the brightness and colour as much as possible in this digital copy made in the summer of 2012 .